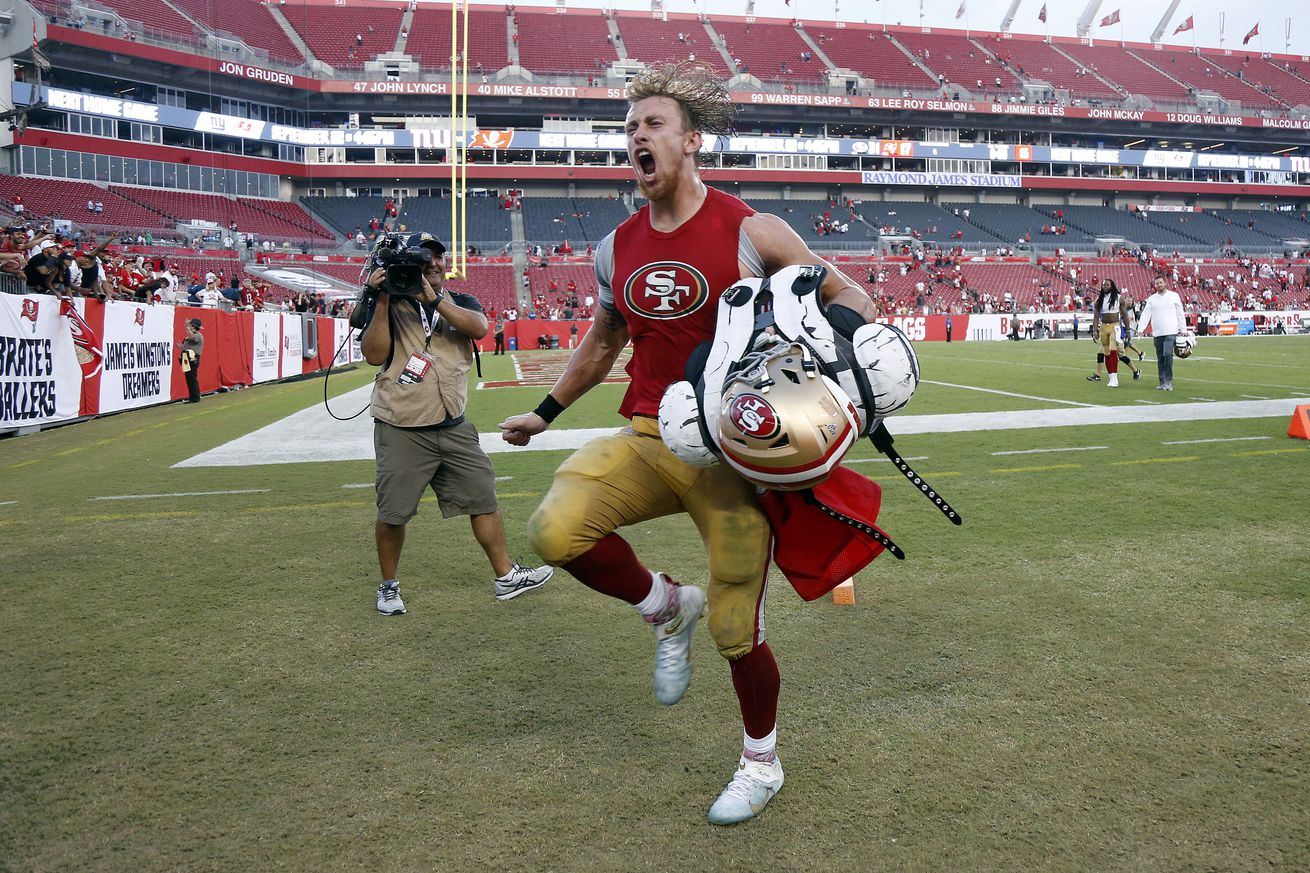 Former NFL safety Ryan Clark seems to think so. Clark claimed on NFL Live; “they are pretending. They are faking us out. They are imitators, pretenders, whatever you want to say. They are not the real deal at 2-0.”Those are pretty harsh words, not that we can consider ourselves Super Bowl contenders yet. I have included a link below to David Bonilla’s article that goes into more detail about this disdainful bashing of our magnificent team.

In the end, it is all about winning the next game and the 49ers need to stay focused on Pittsburgh. I don’t think anyone is quite aware of just how good our defense is yet. They are probably going to have to continue to bash their way through a couple of more midwest teams before other teams finally start to take notice.

As far as our offense, Breida made himself known in 2017, Kittle became a presence in 2018, and now Deebo is already beginning to make a name for himself in 2019. We are slowly starting to gather some offensive weapons around Jimmy Garoppolo and it showed last week. It is going to be fun to watch the Steelers try to slow us down.

On another note, we are approaching our first home game on a two game winning streak. Hopefully that is enough to pump up the fans and get the noise factor going? It would be nice to have enough noise for a change to actually create a home field advantage.

Now onto those sizzling hot links:

John Lynch on KNBR: ‘I tried to kill T.O.’ after elbow to Adam’s apple in 2003 Jacob Hutchinson

What we learned Thursday at 49ers HQ Cam Inman

Why the 49ers won’t trade for Jalen Ramsey Jacob Hutchinson