Komodo dragons can’t paralyze people by spitting on them, but they still don’t make good mascots 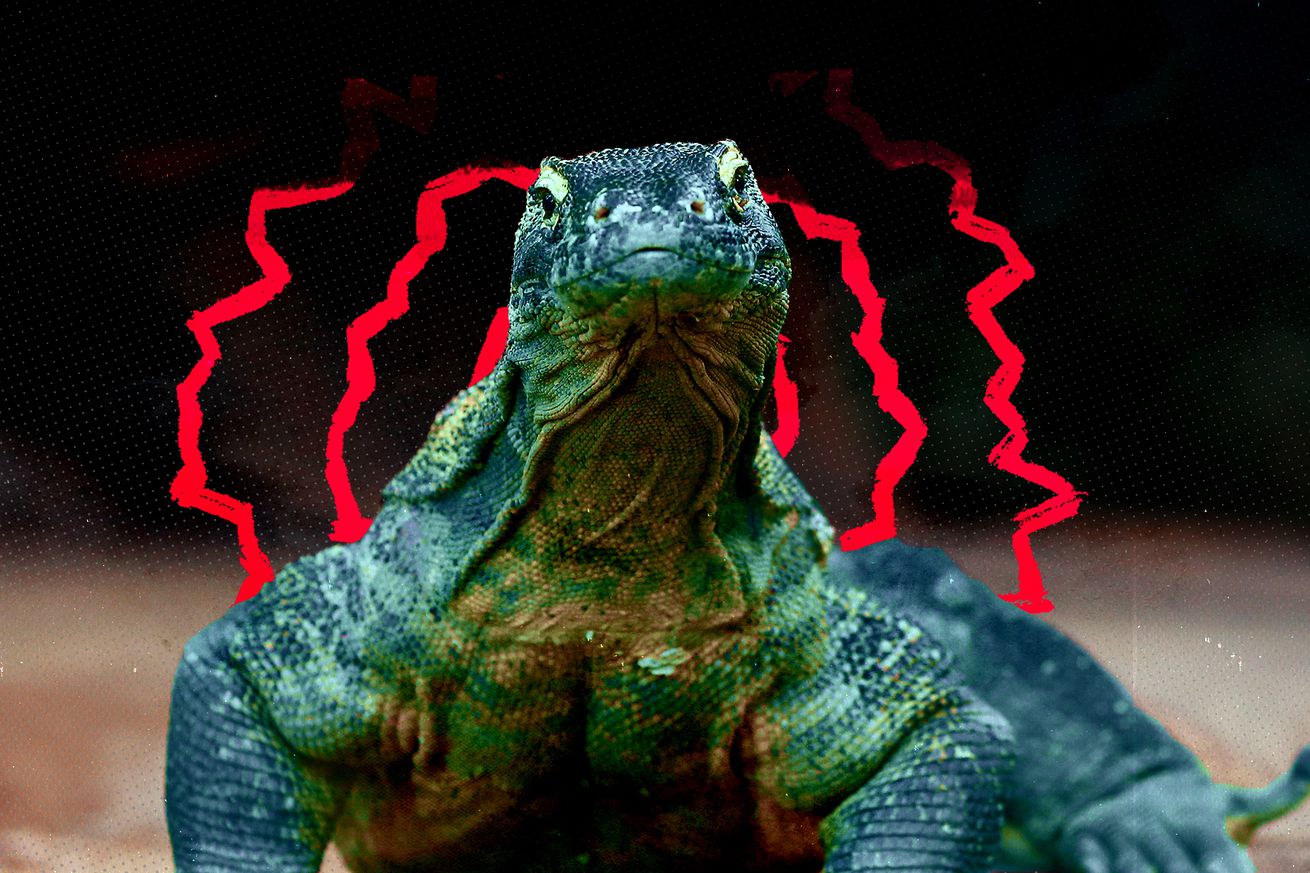 After UAB athletic director Mark Ingram commented on the potential dangers of having a live Komodo dragon mascot, we decided to look into it.

Let’s talk about Komodo dragons. Giant rideable lizards that are pretty much the coolest animal in the world, until you fall down and they eat you. Mark Ingram, athletic director at the University of Alabama at Birmingham, recently shared with AL.com that he learned plenty about Komodo dragons after suggesting having one on the field as the Blazers’ live mascot.

Ingram said he first pitched the idea to someone from the Birmingham Zoo shortly after he arrived at UAB in 2015. Aside from being told having a Komodo would be like having a live alligator on the field, he says he was also warned that the animal could paralyze people simply by spitting on them.

“Children getting spit on and paralyzed, and eaten, potentially, by the Komodo dragon. I thought it seemed like a great idea, but apparently it’s not as good of an idea as I once thought.”

Just boil this sentence in a soup and serve it to my soul, because it’s everything I’ve ever wanted in this life. I’m also in love with the fact that Ingram imagined a scenario where children were getting paralyzed and eaten by a rogue Komodo dragon and still characterized it as “not AS good of an idea.” The idea was still at least partially good — child endangerment be damned.

Something about this didn’t feel right, though. I’d never heard of Komodo dragons spitting at people and paralyzing them, and though I’m no reptile expert, I found someone who is. John Maerz is a herpetologist at the University of Georgia. I had to know if the idea of a spitting, paralysis-inducing Komodo was a possibility.

“It’s complete nonsense,” Maerz says. “It’s complete and utter gibberish. I’ve heard some really stupid things, or some things that have been misperceived or misunderstood about the nature of animals, including Komodos — but that one takes the cake.”

Though there’s no animal in nature with the ability to paralyze a human by merely spitting on them, that doesn’t mean making a Komodo dragon your mascot is a good idea. They have a very powerful bite and saliva with venomous properties. In addition, the mouth of a Komodo is a bacteria-rich environment, which could lead to secondary infections in the result of a bite. Komodos, like any wild animal, are not able to comprehend stimuli they’re not familiar with, leading to an immense amount of stress even if the animal is trained.

“From a humane perspective, I think it’s wrong. When an animal is stressed out, beyond the impacts on its own well being, that’s when an animal can be prone to unpredictable behavior or defensive things.”

The big misconception about predatory animals like Komodos is that they’re out to attack humans. Maerz says in reality they will only bite humans when they feel threatened. Their natural environment is a small string of islands north of Indonesia where they are the top of the food chain. They’re not exactly accustomed to being threatened, leading to more complications if they were put in a stadium.

“You’re creating the perfect opportunity for something to go wrong,” Maerz says, “and it would be for a pretty nominal benefit.”

Maerz would rather see more schools use costumed mascots than live animals. A graduate of the University of Maryland, Maerz appreciates that his alma mater embraced the humor of a terrapin being something scary with the “Fear the Turtle” campaign while he was a student. He thinks a similar approach is far better for UAB than worrying about having a live Komodo dragon on the field.

“Your mascot’s a dragon, which is this mythical creature,” he says. “I think you can be much more creative and have a lot more fun without something that requires you to do something like that.”

Considering Maerz works at a university with one of the most beloved live mascots in the country, he understands the appeal, even if he disagrees with it.

“I went to the University of Maryland, I’m also at the University of Georgia,” Maerz says. “Athletics is a big-time game here. I’m a fan. I enjoy it. But we are also universities. We are places that are supposed to be teaching people to make decisions based what our knowledge tells us is right and ethical.”