Scarlet Jimmies Ep. 3: How about that defensive line? 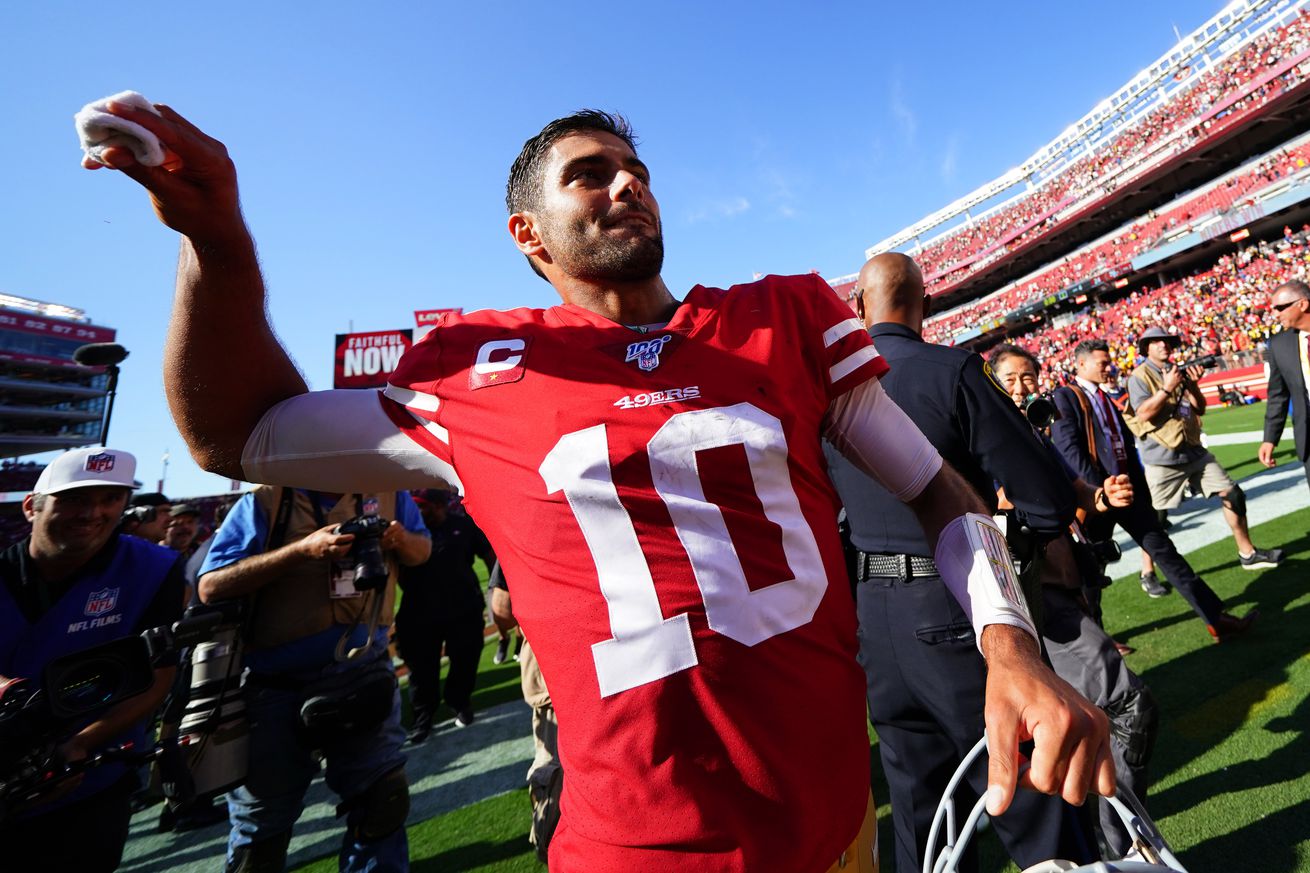 How would you describe that game? A beautiful disaster? We recap the San Francisco 49ers win over the Steelers and talk about who is our player of the game. One thing you are going to hear a lot about is “the 49ers played a backup quarterback, and that’s why they won.” You know who else did? The Seahawks. How did that work out? We discuss how the Steelers offensive line is very good, and how the Niners defensive line had their way all game. The pressure numbers will be fun to see. Rich said that Nick Bosa was in the backfield every other play. It sure felt like it.

We also discuss Jimmy Garoppolo’s game and how he played so much better than the box score indicates. His feel and poise in the pocket on Sunday were as good as it gets. We also talk about how the wide receivers need to be more consistent if the 49ers offense is going to take the next step. It’ll be fun to see how Kyle Shanahan plans on using Jalen Hurd.