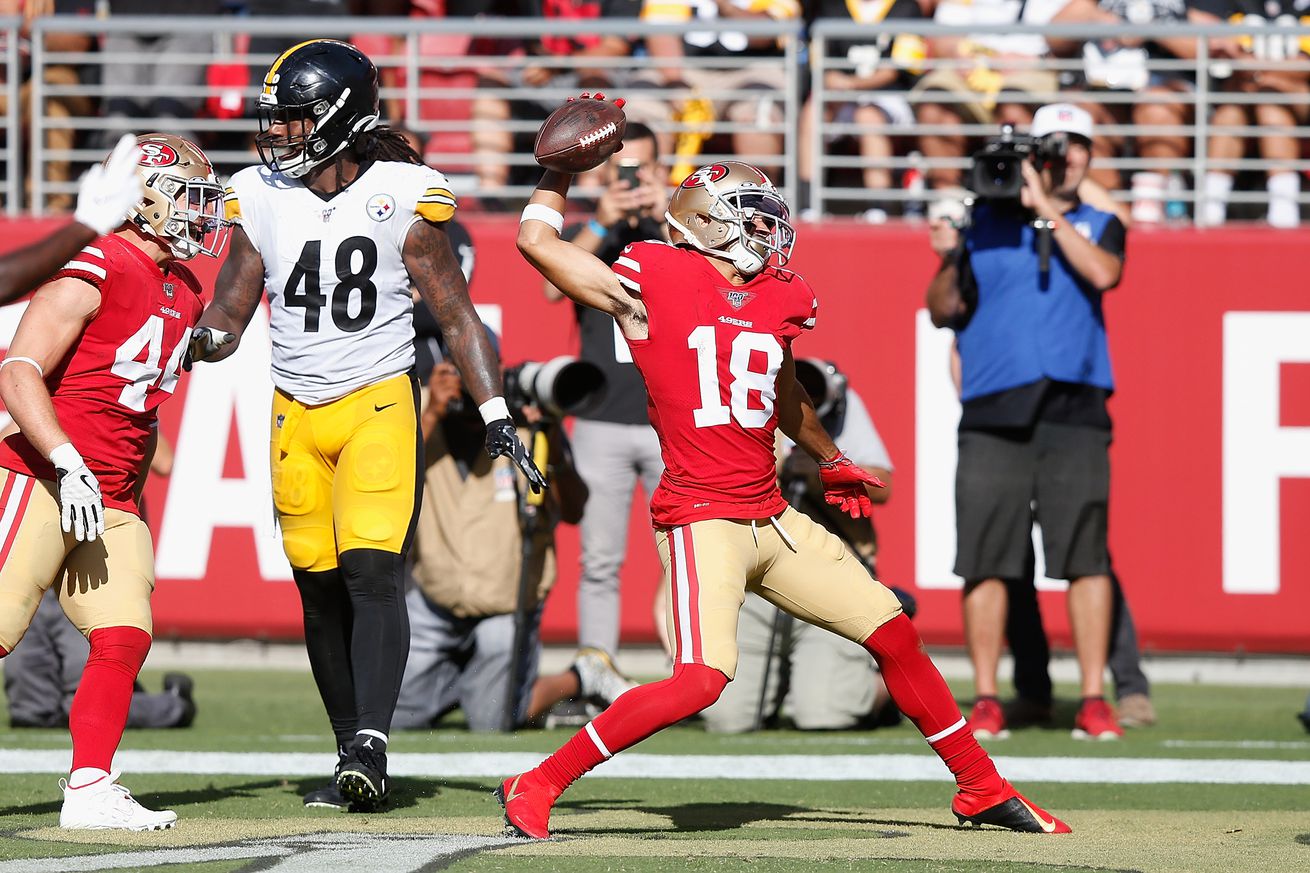 What a game. Who gets the game ball?

Kyle Shanahan met with the media after the 49ers “thrilling” win over the Steelers. He said that this win reminded him of the Arizona loss last season when the Niners outgained the Cardinals significantly.

The head coach spoke highly of Jimmy Garoppolo who finished 23-32 for 277 yards but had two interceptions. Shanahan said that those were two pretty good throws that went off the hands of the receiver. He also mentioned how Garoppolo was put into pretty tough situations. Overall as a team, he liked the mental toughness and their ability to respond. He said this isn’t a game the team wins in years past. Garoppolo avoided a few sacks in the pocket on Sunday. He was a magician.

Shanahan said 3-0 doesn’t mean much. He mentioned that he’d been 5-0 before and his team missed the playoffs.

There is no new news for Ahkello Witherspoon’s injury. It’s an undisclosed foot injury, and Shanahan said the team would know more on Monday. Witherspoon had a walking boot on in the locker room, but doesn’t think it’s serious.

Shanahan said, “anytime you go through a full game, and the play-caller isn’t bringing up his name all game, that’s a good sign he played a good game.”

Shanahan also mentioned how Dante Pettis “earned it” when asked why he started. Shanahan said the plan was to begin Pettis and play him a lot last week, but after the first couple of plays, they stuck with Deebo Samuel. Pettis had the game-winning touchdown on Sunday.

I’m going to be talking a lot about the defense after this one. The Steelers have a very good offensive line, and it seemed like the 49ers were in the backfield all afternoon. This was their first real challenge, and the front four passed with flying colors. The Steelers had 239 total yards on offense. 48% of that came on two plays. Who gets your game ball today?