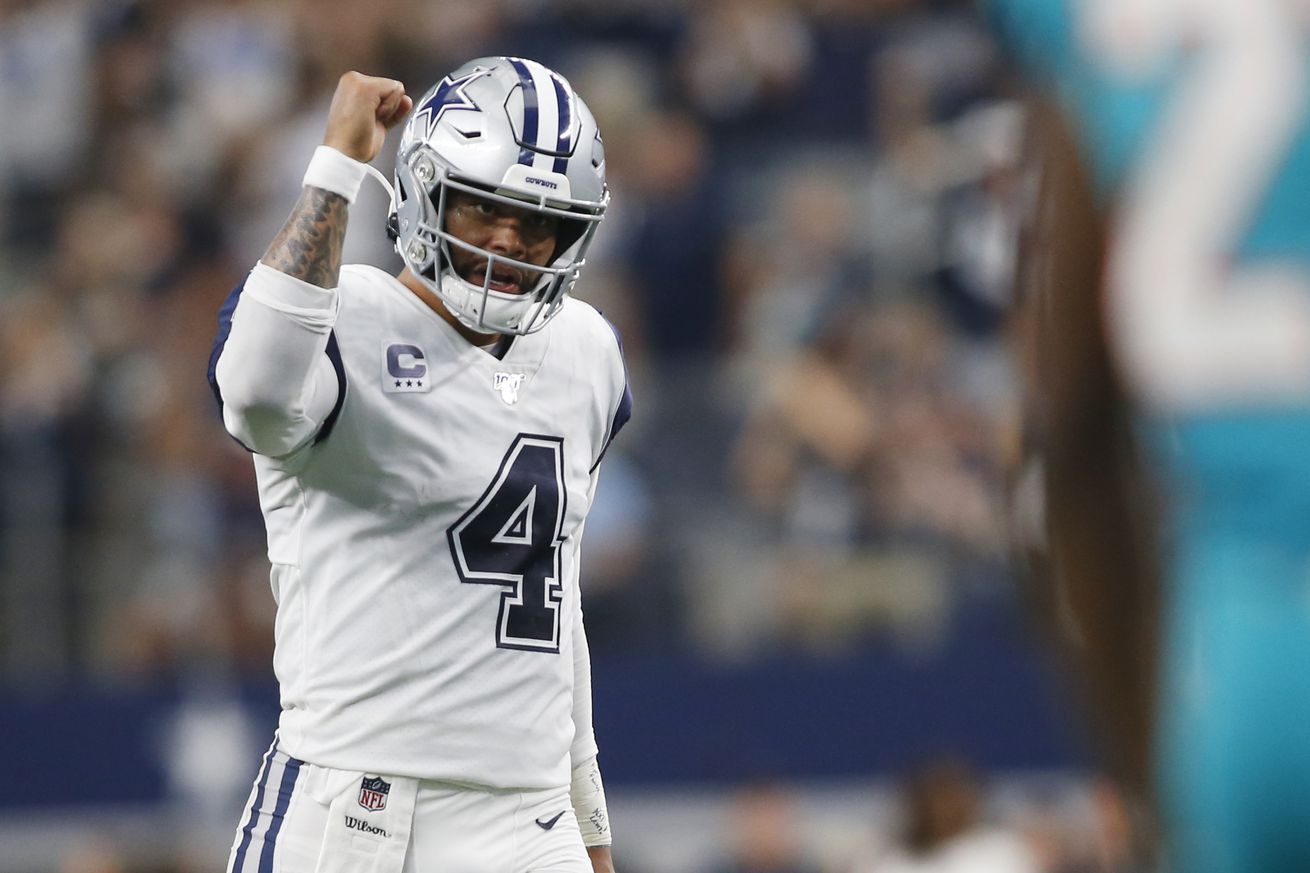 Dak has been money in the all-important period.

The Dallas Cowboys are 3-0. It needs to be said often because, well, it’s awesome.

There are a lot of reasons for the success that Dallas is having three games into 2019. Obviously one of the biggest things they’ve got going for them right now is that their offense is moving and grooving in a way that we haven’t really seen before. In fact, dating back to the end of last season, Dallas has four consecutive games with over 400 total yards of offense and 30 points. This is now the longest streak of such kind in franchise history.

Where specifically is the offensive prowess happening, though? Dallas is employing things like play action, shifts, movement, and other fun tricks but where are the results being seen the most?

The answer is one that would surprise last year’s version of us.

Dallas has dominated in third quarters

The third quarter has typically been one of difficulty for the Cowboys in recent memory, and a lot of that has generally been their own fault with how they’ve chosen to approach it. We’re talking about fundamentally to be clear, not anything to do with coin tosses at the beginning of the game.

Dallas is being very intentional about approaching things from an aggressive standpoint this season, specifically in the third quarter. This is something that Jason Witten and Kellen Moore have both talked about, in fact they’ve used the same verbiage which implies it’s a well-discussed topic. Consider Witten’s comments after the Giants win.

“One of the things Kellen talks bout with this offense is, in a lot of ways we’re doing a lot of the same stuff that we do. Aggressively take stuff that they give us. We had a lot of success with the RPO game. I think that was a counter to one of the things they wanted to take away was ‘okay we’ll get into Cover 2 and take away these RPOs’ and then boom Amari goes down the middle and a couple of plays later you hit a really similar play to Cobb. So a lot of weapons, I think it starts with the coordinator and trickles down to the linemen that protect it. And certainly Dak’s command. We talked all offseason, his ability to kind of take the next step in all phases, I thought he showed it from minute one out there today.”

So it’s clear that being aggressive with what the defense gives you is an important point to the Cowboys. You obviously see what they’re giving you throughout the game and adjust to it. Halftime adjustments have been words that have generally caused nausea for Cowboys fans, but they are really paying off this season.

First of all, the smaller amount in the fourth quarter is due to the Cowboys having such big leads that they are no longer needing to score points. The opposing team generally puts together some garbage time drives and that’s why we’re seeing the differential the way that it is there. No need to worry.

Look at the third quarter, though! Think about what a significant improvement that is from last season. Don’t remember? Here are the 2018 team’s point differentials by quarter.

Last season’s team built up strong leads early and then saw them wilt as the game went on. This season the team is surging throughout and peaking (so far) in the third quarter. It’s the ideal way to play (assuming you don’t need the fourth quarter).

While there is often room for interpretation concerning the idea of being perfect, what Dak Prescott has done in the third quarters through three games is not open for debate - it is literally perfect.

Dak Prescott in third quarters in 2019

If your quarterback is playing well then odds are your entire team is too, and that is absolutely the case for the Cowboys. Prescott is playing like an MVP and the team is experiencing massive levels of offensive success behind him, namely in the all-important third quarter.

It’s pretty remarkable just how much can change in a year.