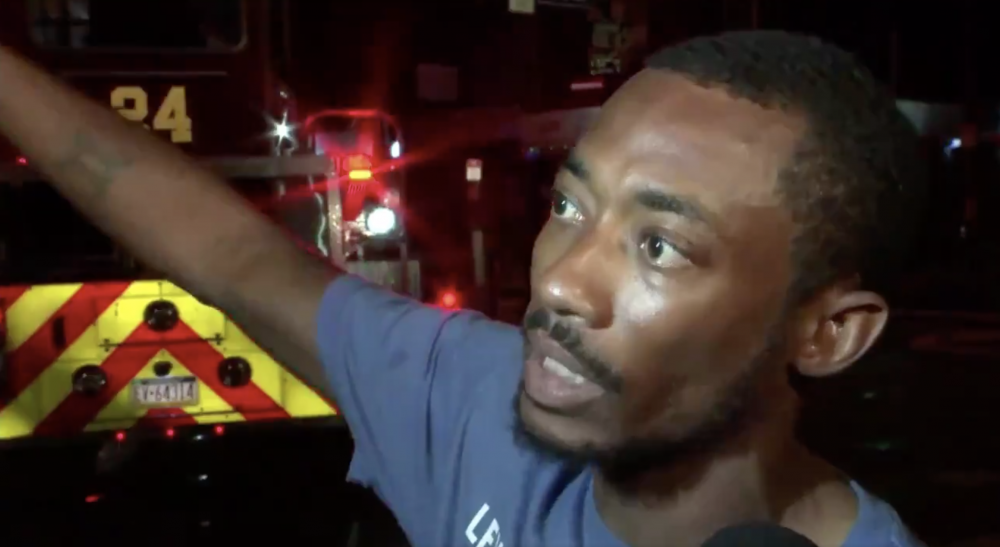 Philadelphia might be the City of Brotherly Love but the city isn’t afraid to tell their sports teams how horrible they are when they’re exactly that. It might seem like Philly fans don’t like anybody but it just takes time to get their respect. When players eventually get that, they’re in with the city. Although fans may still boo them if they have a bad day.

That was no exception after the Eagles fell to the Lions at home 27-24. The game was capped with three fumbles in the first half by Miles Sanders (2) and Nelson Agholor (1), which resulted in two Lions field goals. And those six points from fumbles arguably cost Philly the win.

In what CBS 3’s Steve Lindsay describes as “the most Philly soundbite,” a local hero was catching babies and small children who were being thrown from the window of a fire in the middle of the night. As he was interviewed by the Philly CBS affiliate, the man described the situation and then took the opportunity to express his dislike of Agholor’s play in the Lions game.

The most Philly soundbite goes to this guy who helped catch children thrown from a window during a fire. pic.twitter.com/3rH69gU2fL

In fairness to Agholor, the guy led Eagles receivers with eight catches and two touchdowns so he also did his part to get them an opportunity to win. But when you lose a fumble and that results in points for the other team in a close loss, that’s all anyone’s going to see. That, and I’m not about to argue against someone who just saved a bunch of children from a fire.

This could be a silver lining to the Eagles’ woes. This guy caught children from a burning building so he definitely doesn’t crack under pressure. If the Eagles are looking for a more reliable pass catcher, he might be available. It worked when the Eagles signed Vince Papale in the 70s.

Update: And Agholor himself took this rather well:

Thank you for being a hero in the community, would like to invite you and your family to the next home game

Twitter help me out and get me in touch with him https://t.co/uqML3eJ0QT

It seems like there’s no bad time to have a Philly sports take in the city.