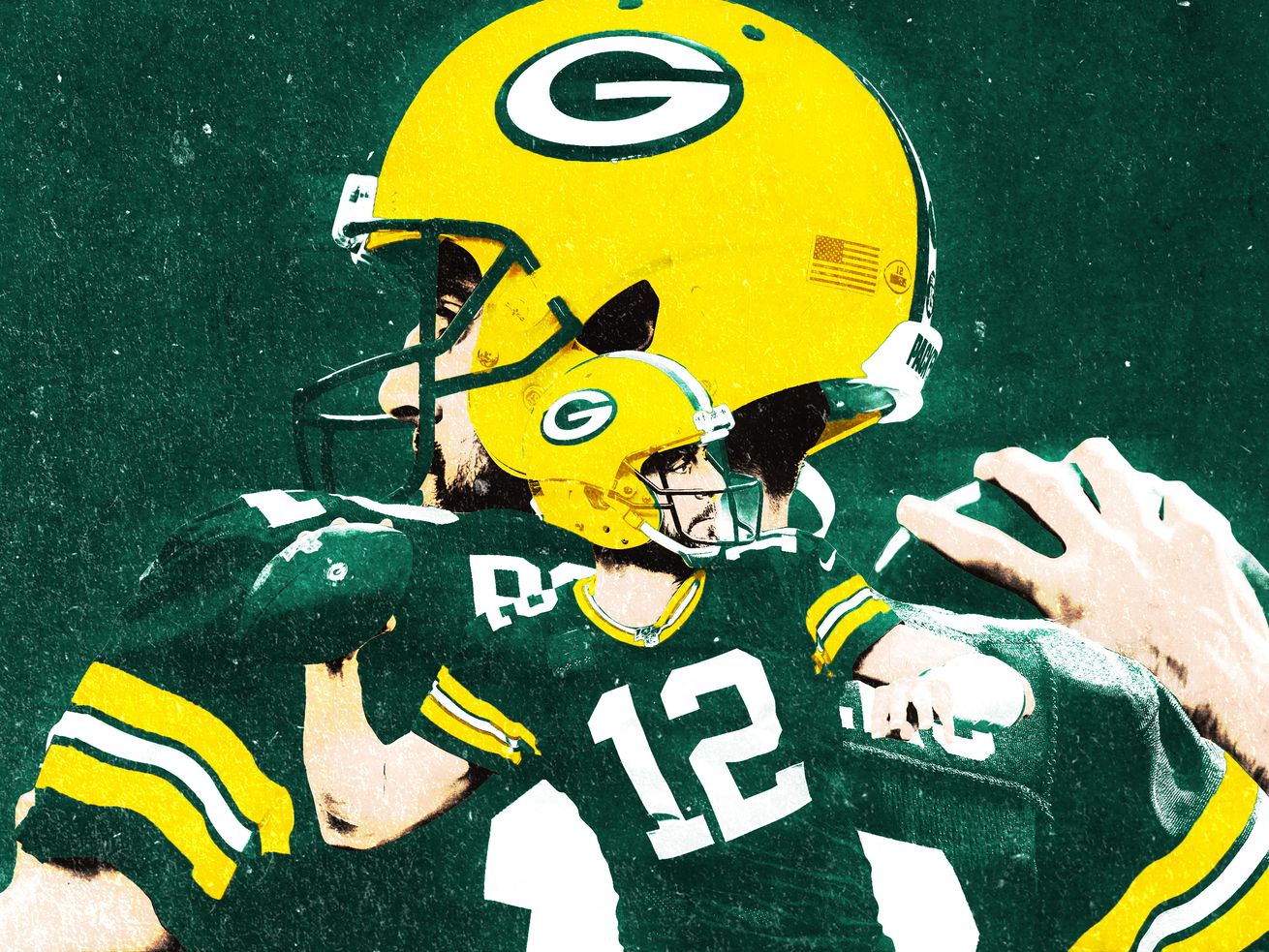 Building around a great quarterback is the easiest thing to do in football. Having one solves the hardest question in the sport. Without one, everything has to break right at the 21 other positions—see the Jaguars with Blake Bortles from two years ago. Even with a great quarterback, it’s possible to get lost in the wilderness. Drew Brees and the Saints went 7-9 for three consecutive years before the 2017 draft class brought them back into the NFL’s elite. If there is any pattern to football, it’s that success usually finds great quarterbacks. They are the easiest and quickest route to contention.

It’s also easy for a team to screw up having a great quarterback. Because quarterbacks can solve so many problems, teams often leave it up to them to do so, which brings us to the 2019 Packers, who appear to have not screwed up the fact that they have Aaron Rodgers. In fact, they have built a team so good that the offense is the weak part.

The Packers are 3-0 and look like NFC contenders, in large part because of everyone around Rodgers. This is a good thing: If you’re making a movie and the only minor issue you encounter during filming is that Daniel Day-Lewis is having difficulty getting into character, you can probably assume he will get up to speed. Rodgers summarized the Packers’ start this week by saying the team is playing well on defense and “well enough” on offense. He also mentioned, correctly, that the freaking punter is elite. Since general manager Brian Gutekunst took over 20 months ago, the Packers have operated in the smartest way possible with a great quarterback: act like he doesn’t exist.

The Packers, like the Saints two years ago, have put together a master class in how to retool on the fly around a franchise quarterback. They are one of a handful of teams who are always on the verge of contention because they already have what most of the league lacks. Seattle and Atlanta are similar—you need only a couple of breaks to get from average to great with a top quarterback. New Orleans started contending for Super Bowls in the twilight of Drew Brees’s career after adding Michael Thomas, Alvin Kamara, and Marshon Lattimore in a two-year period. The Broncos limped through four single-digit-win seasons in the mid-’90s before exploding into three great seasons and two Super Bowls after drafting and signing their way to an improved front seven and run game. Great quarterbacks exist as a sort of a Chekov’s gun in the league’s narrative. If they are around, eventually they will matter. They will, inevitably, go off. The last four seasons of Rodgers’s career have been his worst, but it is easy for him to return to relevance, as he’s proving this season.

It wasn’t guaranteed that the Packers would make the leap to contention this season—particularly with the four-year, $134 million extension Rodgers signed last year. I asked Green Bay general manager Brian Gutekunst a few weeks ago what he’s learned about team-building since then. “Good players cost money. You have to make choices and, unfortunately, you’d love to corral them all, but it doesn’t always work that way,” he said. “Mike Daniels is a perfect example—I love Mike Daniels, he’s a really good player. But as we move forward, with some of the things we did in the offseason and with Kenny Clark and Dean Lowry, you have choices to make,” he said, referring to the stunning release of star defensive lineman Daniels before training camp. “That’s what I’ve learned. You have to be really careful.”

“Good players cost money. You have to make choices and, unfortunately, you’d love to corral them all, but it doesn’t always work that way.” —Green Bay general manager Brian Gutekunst

Good players who cost money is a theme for the Packers. They added, on a per-player basis, the most expensive free agents in 2019. They’re tied with the Seahawks for spending the most money on their top three players. The Packers spent as smartly as any team in free agency: They added Za’Darius Smith, an outside linebacker who signed a four-year, $66 million deal; safety Adrian Amos on a four-year, $37 million deal; and former Washington outside linebacker Preston Smith, who signed a four-year, $52 million deal. The result is that through three games, the Packers are second only to the Patriots in opposing quarterback rating. Rodgers having a defense that looks like New England’s is important: The Patriots have handed Tom Brady a chance to win the Super Bowl every year precisely because he doesn’t have to do everything himself. Having an MVP on your team does not mean you should force him to play like an MVP in every game. Brady, the greatest quarterback of all time, happens to throw errant passes at a nearly Mitch Trubisky–like clip (which is to say among the most in the league) but the Patriots allow Brady to make mistakes. For far too long, Rodgers hasn’t been able to do the same.

The question in 2019, with the Packers’ solid roster, is how much Rodgers needs to be Rodgers. This week The Athletic’s Mike Sando quoted a coach saying, “All the guys who think Rodgers dropped off don’t play him.” This might be an overstatement; Rodgers’s play has dipped, but it’s important to note he still scares the hell out of opposing teams.

Now, Rodgers has a defense that looks like this:

I visited the Packers on two occasions during my training camp tour. I had important conversations with Rodgers on topics like his thoughts on Tarantino movies. I also heard a lot of buzz about the team’s defense and, knowing that Rodgers could still be Rodgers, I started to think this team could be a contender. Adding their free-agent acquisitions to a defense that already included talented draft picks like Jaire Alexander and Kenny Clark was perfect roster building. Cornerback Alexander appears to be one of the best players in football:

I said after Week 1 he looked like a top-5CB in the NFL. Today did nothing to change my mind https://t.co/AxS7WQA1ux

It is hard to overstate how strange Rodgers’s career has been: He will likely be the last first-round pick to sit three years, or even two, before becoming an established starter. New York Giants general manager Dave Gettleman said his team might use the “Green Bay” model for their rookie quarterback Daniel Jones, which means three seasons on the bench. Jones didn’t make it three games on the bench before his first NFL career start—a win against the Tampa Bay Buccaneers. Rodgers had roaring success starting in 2009, which culminated in a Super Bowl win in 2010, and a 15-1 season in 2011 and an MVP win before a first-round exit in the playoffs.

Two things happened after 2011. The first is that the Packers’ supporting cast got worse and the team probably relied too much on Rodgers. The good news for Rodgers is that the last time the Packers had a top-10 defense, they won the Super Bowl. The bad news for Rodgers’s career is that was nine seasons ago. Green Bay hasn’t ranked in the top 20 in the last three years. During that time, the Packers relied on Rodgers for everything and have become the poster child for what not to do with an elite quarterback. The Packers were still successful—they appeared in the NFC championship game in 2014 and 2016—but for too long, Rodgers was asked to do too much, and the defense was average or worse. It is a football tragedy that Rodgers’s prime and the Packers defensive talent didn’t align together for a longer period.

The second thing that happened since 2011 is that the league changed, to the point that relying on your quarterback for everything became an even more flawed strategy. Due to a confluence of events, including rule changes and scheme innovations, it became easier than ever for a quarterback to be good, and so there was a glut of them throughout the league. Passer rating is a flawed statistic, but it’s a good guide to how things have shifted: The leaguewide passer rating this year is 94.3. In Rodgers’s best season, 2011, when he posted an unbelievable 122.5 rating, the league average was 84.3. Being a historically productive quarterback is not as meaningful as it once was. The conversation that’s developed around Rodgers has, as a result, become strange. He is still capable of throwing passes almost no one can, but he’s not nearly as productive as he once was. Terry Bradshaw recently said Rodgers “has a lot of Mahomes in him,” a nice nod to the fact that we all forgot Rodgers was the original Mahomes.

All this to say, it doesn’t exactly matter if Rodgers’s start in 2019 is less glamorous than in past seasons:

If it’s Rodgers who’s starting slow during a 3-0 start, then that is a very good thing for the Packers, because he’s still able to do stuff like this:

“I want to play better,” he told reporters this week. “I want to score more points. I mean, obviously you love having a defense, but I don’t take any satisfaction in having an OK performance. No. I want to have greatness out there.”

I recently read The Packer Way by Ron Wolf, the famed Packers general manager who built the Brett Favre–Mike Holmgren teams of the 1990s. Wolf details the introduction of NFL free agency and his realization that it would be a quicker way to improve the team than merely by drafting and trading players. The Packers signed Reggie White as a free agent in 1993 and, well, the team improved quickly. The Packers got away from being free-agency innovators—in 2015, only two of the Packers’ 53 players were drafted by other teams.

Going young has its advantages. The productivity of cheap players is well documented. But there are advantages to having a select group of veterans, too, either acquired through free agency or on their second or third contracts with a team. Mid-tier veterans have become an underappreciated asset, a group that very much includes a lot of the Packers’ recent additions.

Gutekunst told me that because of restrictions on practice time, “a lot of this is not just physical, it’s mental. You don’t have as much time to develop guys as you’d like to.” And thus, players on second contracts can hit the ground running easier. He continues: “These guys are developing their craft. These guys know how to be a pro, how to be available every day, take care of your body. If they are around this long, it proves they are dependable, reliable. Not only does it help with participation, but the young guys see that guys see how to be a pro. With the salary cap and [how the] CBA is set up, there’s a healthy balance you have to find, and you are always searching.”

The Rams came up a lot in my conversation with first-year Packers coach Matt LaFleur. He’s given more thought to the Rams’ strategy of load management since working with Sean McVay as offensive coordinator in 2017. He also thinks about his team’s roster and adding players similarly to McVay.

“Take age out of the equation—it’s about having smart football players. I think back to our time in L.A. We had these veteran guys—Andrew Whitworth, Robert Woods, Sammy Watkins. Those guys were extremely intelligent football players. It opens up your ability to go in different directions,” LaFleur said. “They are able to grasp not only what you’re trying to do, but why you’re trying to do it, and the details that are involved in it. Veteran guys are awesome, but more than that, it’s smart, veteran guys.”

The Packers have long had the smartest veteran guy in Rodgers. Now they have the pieces to make him look even smarter.

NFL Power Rankings, Week 3: The Chiefs are a legit threat to the Patriots